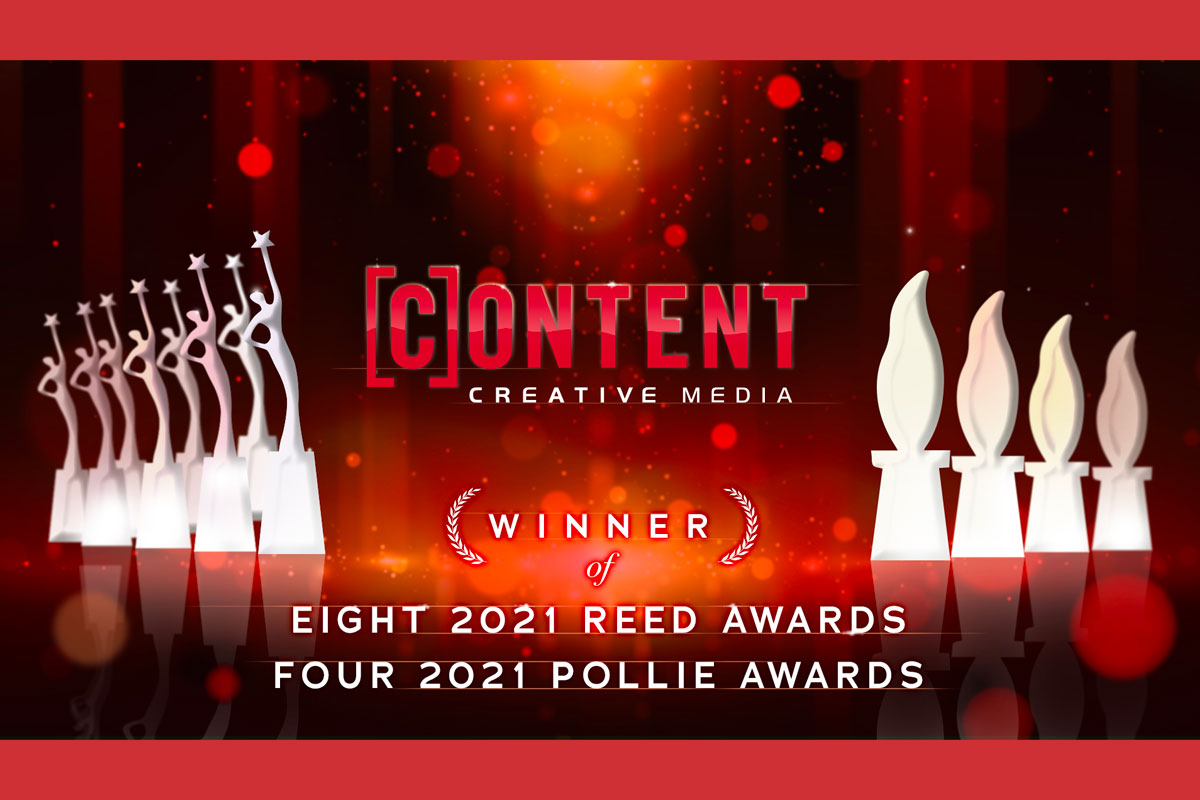 The 2021 political award season is in full swing and Content Creative Media is a big winner!

We won EIGHT Reed Awards and FOUR Pollie Awards for our work during the 2020 election cycle.

In TV, radio and digital categories, Content won the second most Reed Awards of any GOP media firm (FP1 Strategies won the most with 11).

The Pollie Awards contest is held annually by the American Association of Political Consultants. It is among the most prized and sought-after awards events in the political communications and public affairs industries. Winners were announced on April 29.